OLAP is not dead. However, new trends and requirements appear every year. To survive in such changing world every technology needs to meet those requirements, follow new trends and always be one step ahead of new changes appearance. Following these rules, OLAP changed as well. Thus, we came to In-memory BI.

What do we know about OLAP in general? First of all online analytical processing is the technology about working with multidimensional data, used most often in the preparation of various reports, analysis and forecasting.

The core element of the system is a cube designed in a way to provide user with possibility to view data from different perspectives. The data in the cube has an organization using either a star or a snowflake schema. At the center of the snowflake there is a fact table that contains aggregations. Fact table is connected to a number of dimension tables containing information about the measures.

OLAP server. In the traditional three-tier data warehouse architecture, it occupies the middle tire, between the database server and the client-side OLAP tool. Besides aggregating and pre-computing the data from the relational database, it provides advanced calculation and write-back options, additional functions that extend the basic possibilities of the query languages, and other features.

Talking about OLAP types, now we have the core three:

How did we come to In-memory OLAP? 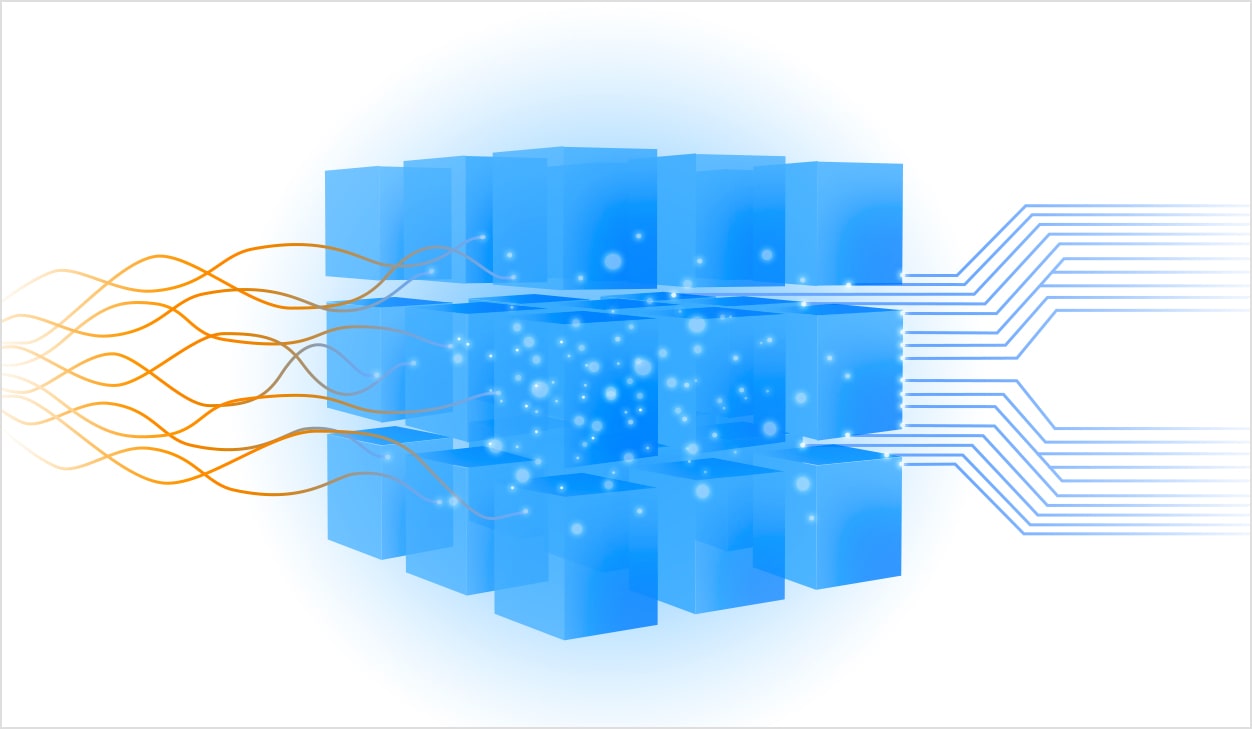 Going deeper into the in-memory technology, let’s back to the very roots and learn what was the starting point.

After the first OLAP product release in 1992, this technology became more and more popular. And that is not a surprise. Unlike a standard relational database, OLAP allowed storing pre-aggregated results providing fast speed and user-friendly interface.

However, in the 2000s the situation changed. Relational databases caught up with OLAP technology providing the same performance as OLAP cubes. Besides, data amount increased significantly as well as OLAP computing delay.

Thus, user’s choice lean toward relational databases as planning functionality is easier to develop when connecting to RDBMS, since OLAP cubes are not designed for transactional or frequent data updates.

However, in the 2010s such systems as MOLAP are still here and there are two reasons why:

But is it the limit? Is it possible to combine benefits of relational databases and OLAP? Using in-memory OLAP it becomes possible to get even more.

The 2010s brings us a breath of fresh air – in-memory OLAP technology, which is not only provides us with perfect performance but delivers fast real-time calculations. And this technology is just gaining momentum.

What is In-memory analytics?

Let’s now making out in detail what are we talking about. In-memory OLAP is an approach where the analytical data is loaded into the memory for on-line calculations and queries. Thus, queries operation becomes faster, then in such systems as ROLAP, MOLAP and HOLAP.

All the data is in RAM, so the system does not need to access the database or physical file, which may additionally entail lots of network operations and maintain operations on the disk.

Why does In-memory OLAP become so popular?

What are those benefits that make in-memory OLAP so promising? Here are the reasons to users to choose in-memory instead of traditional OLAP:

Besides all these benefits, take into the account that this technology is fresh, promising and fast developing. According marketing research company LP Information over the next five years the popularity of the in-memory OLAP database will only grow.

Where to get In-memory OLAP?

As you may know from our numerous articles dedicated to traditional OLAP, the biggest players among this technology are IBM, SAP and Microsoft. But what about in-memory analysis market?

Despite the fact that in-memory database is rather modern technology more and more vendors are ready to provide their related solutions. However, nowadays there are three solutions which are standing out:

Besides, the In-memory analytics engine also delivers fast access to the model objects and data through reporting client applications, such as Ranet OLAP.