SQL vs NoSQL: what to choose for OLAP

Every time choosing database technology you have two main ways: non-relational databases vs relational. In other words there is a NoSQL vs SQL battle. Both options have their advantages, as well as several key features that should be borne in mind when choosing.

And even after years of hibernation do not hurry to write SQL off, especially when we are talking about OLAP. So let’s arrange a fair battle and choose a real leader. Here we go.

What are we talking about?

Before comparing NoSQL vs SQL server performance, scalability and other features let’s figure out: what are we talking about?

NoSQL databases are arranged differently. Information in document-oriented databases stored in the hierarchical form. We can talk about objects with an arbitrary set of attributes..

Of course, there is no one perfect database for everyone. Thus, the problem solution for some companies is to use NoSQL and SQL together. However, if choosing one then which?

What does SQL suggest?

Since the very appearance, NoSQL databases captured everyone's attention. However, despite high speed, scalability and other benefits, in some cases SQL is more efficient. To be precise:

What are the top SQL vendors?

What does NoSQL suggest?

If you have a doubt the database may become a bottleneck of a certain project based on working with large amounts of information, it is worth looking in the direction of NoSQL databases, which allow something that relational databases cannot do:

What are the top NoSQL vendors?

To the very beginning 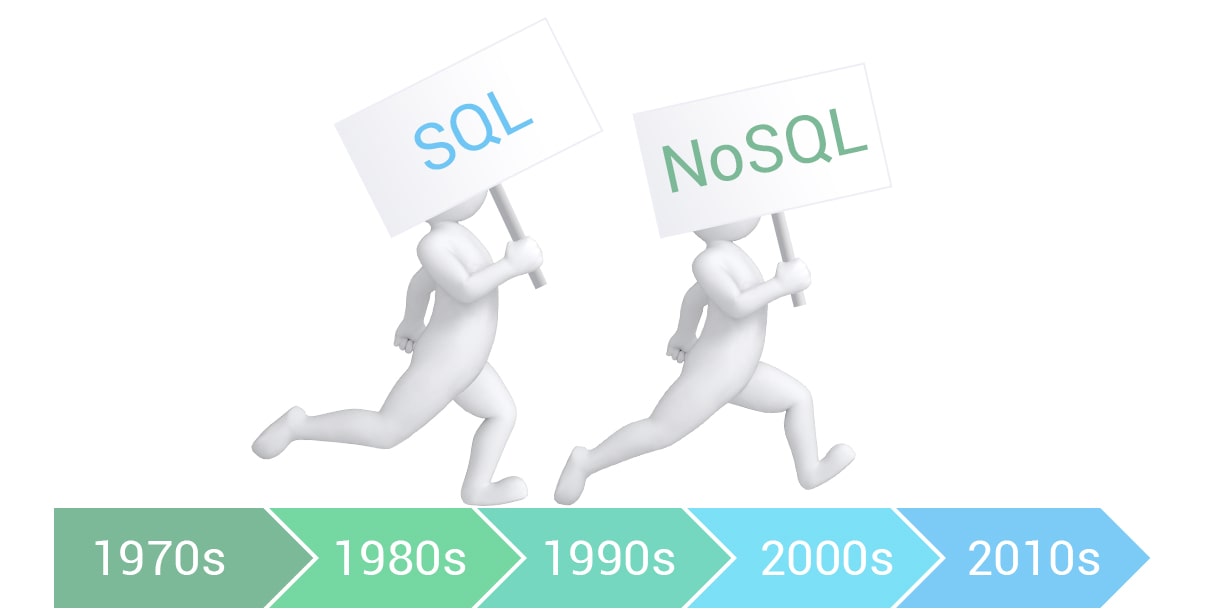 To better understand the nature of both technologies we’d like to rewind time back and touch the roots. So, the story of SQL starts in the late 1970s in IBM Research when language appeared after relational algebra. IBM specialists decided to design a new query language that will be more accessible to users without mathematics and programming background. Thus, the first prototype of the IBM System R relational DBMS was implemented. Later, this language was used in many commercial DBMS and, due to its wide distribution, it gradually became the de facto standard for data manipulation languages in relational DBMS.

In 1989 and 1992 the next SQL versions SQL2 and SQL3 appeared. And everything would be fine further if the main competitor had not came into play. Exactly, we are moving to NoSQL emergence.

What was the push to NoSQL appearance? The Internet spread. After the very coming, the Internet continued to grow and grow. Thus, the software community found that relational databases of the time could not cope with this new workload and it started non-relational systems uprising. The companies started developing their own distributed non-relational systems such as Cassandra, Dynamo, Hadoop, BigTable and others.

Interesting fact: in June 2009, Johan Oscarsson organized a meeting in San Francisco, to discuss new developments in the IT data storage and processing market. The main impetus for the meeting were new open-source products like BigTable and Dynamo. For a bright signboard for a meeting it was required to find a succinct and concise term that would fit perfectly into the Twitter hashtag. One of these terms was suggested by Eric Evans from RackSpace - “NoSQL”.

It was planned to use the term only for one meeting ,but it so happened that it spread throughout the global network like viral advertising and became the de facto name of a whole trend in the IT industry.

NoSQL became a new hot and desirable until the first problems appeared. The main difficulty was: every NoSQL database offered its own query language as a result you have more languages to learn. This and other problems put the SQL language back into the game. And thus, NoSQL and SQL are still finding out who is cooler.

Rivalry, battles, but we still did not figured out the clear and principle differences between systems. So, from words to actions:

Facts: advantages and disadvantages of SQL vs NoSQL

Now we see four clear differences between servers and ready to move on to the next round: SQL vs NoSQL advantages and disadvantages.

So what is better? 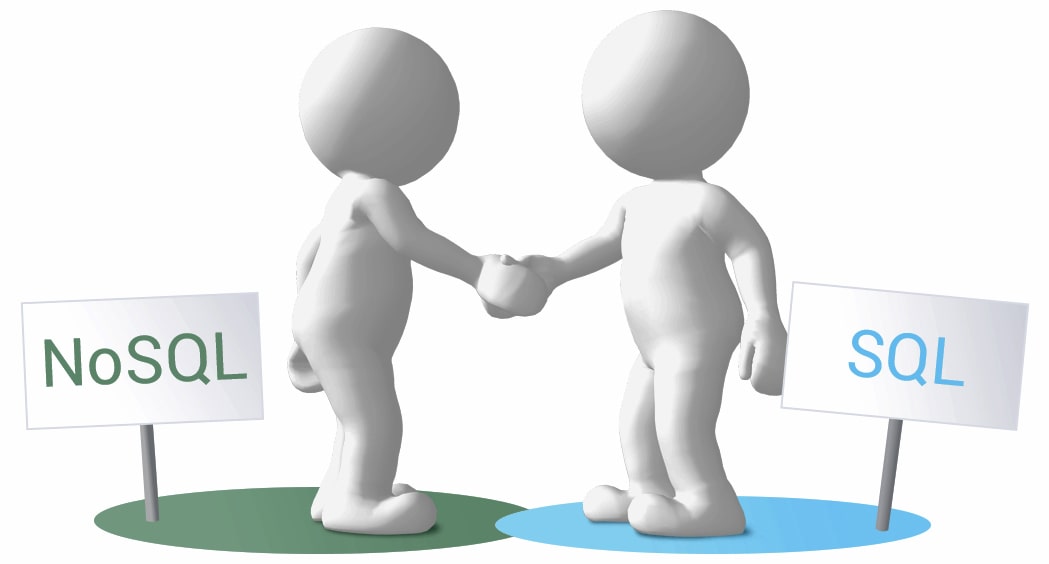 And who is the winner? Let’s sum it up:

SQL databases are ideal for projects with the following features:

You should choose NoSQL databases if in your products:

And of course, you always can use those systems together and have everything you need at once. However, if we are talking about such system as for example Ranet OLAP what is better then?

Your option will be definitely SQL. The deal is using NoSQL for OLAP - is not for what this server intended. NoSQL databases provide very high read and write throughput for large objects. As a rule, they are not intended to be used in atomic-level data which OLAP system requires. Though, OLAP with NoSQL use is possible if we are talking about MongoBD and hBase. In other cases, SQL wins.