We are used to the fact that lots of tools for data operation, work ease and business promoting are always available for us. We are used to choosing the top tools in the sphere, we can rely on them without any doubts. But have you ever thought about their relevance in 5 years, or in 10? Will they exist and still be the best solutions? Today we would like to talk about the future of one top BI tools – OLAP system. So let’s look into the present, alternatives and future and know is there any at all. 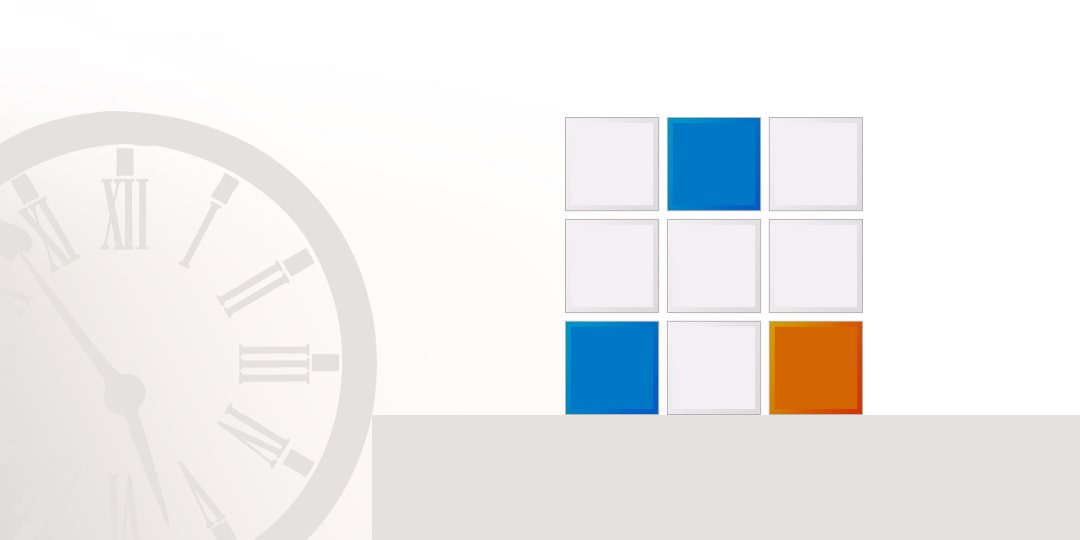 As our today’s article is dedicated to the time traveling in course of OLAP, let’s back in the past to the very roots.

The first step of OLAP creation was made in 1962 by Ken Iverson when he published the work A Programming Language, APL. This language was developed for business apps that were functionally similar to modern OLAP systems. APL was very popular in the 1970s and 1980s.

In 1970, the first software application for multidimensional data analysis, Express, appeared. Certain modifications of this product are widely used in modern OLAP applications, but the original concepts of the 1970s were far behind.

In 1992, Essbase was released - the first OLAP product, which has gained a large market share and still holds the leading position.

In 1993, Edgar Codd published the article, where a formal definition of OLAP technology was given for the first time. This work received a great response and drew attention to the possibilities of multidimensional analysis. The article described 12 OLAP rules, to which in 1995 several more were added. All these rules were divided into four groups and called characteristics.

And then, right after OLAP definition invention in the 1990s the real rise of the technology begins. In that time, OLAP vendors strove to solve one important issue - to minimize the amount of real-time processing required during user data navigation. It was achieved by preprocessing and storing all possible combinations of dimensions, measures, and hierarchies before the user began the analysis.

Thus, the data appeared instantly when the user researched the information. While the market has grown dramatically, and some standards have emerged, the methods for optimizing data in OLAP mostly remain the same.

The period of 1990s-2000s can be characterized as a boom of new and promising vendors’ appearance. The most prominent are Microstrategy DSS Agent, PowerOLAP, Microsoft Analysis Services, OLATION.

And here we've back to reality. What is the state of OLAP today? The answer is below.

To begin with, in what form does OLAP exist today? After all inventions, changes we now have the following basic OLAP types:

There are also some additional types like WOLAP, DOLAP, DMR and other. More detail description you can find in our article OLAP basics.

The main current online analytical processing trend can easily fit in three simple words: In-memory OLAP. And that is not a surprise. In-Memory means that analytical data is loaded into memory for on-line calculations and queries. Thus, queries operation becomes faster, then in ROLAP, MOLAP and HOLAP.

As all the data is in RAM, the system does not need to access the database or physical file, which may additionally entail lots of network operations and maintain operations on the disk.

A number of recognized and new vendors have released in-memory OLAP technology. Here are the most successful solutions:

Together with OLAP further development, other approaches to data storage and operations appear and gain more and more popularity. Besides a rapidly developing in-memory OLAP, there are two more alternatives to the traditional data warehousing: 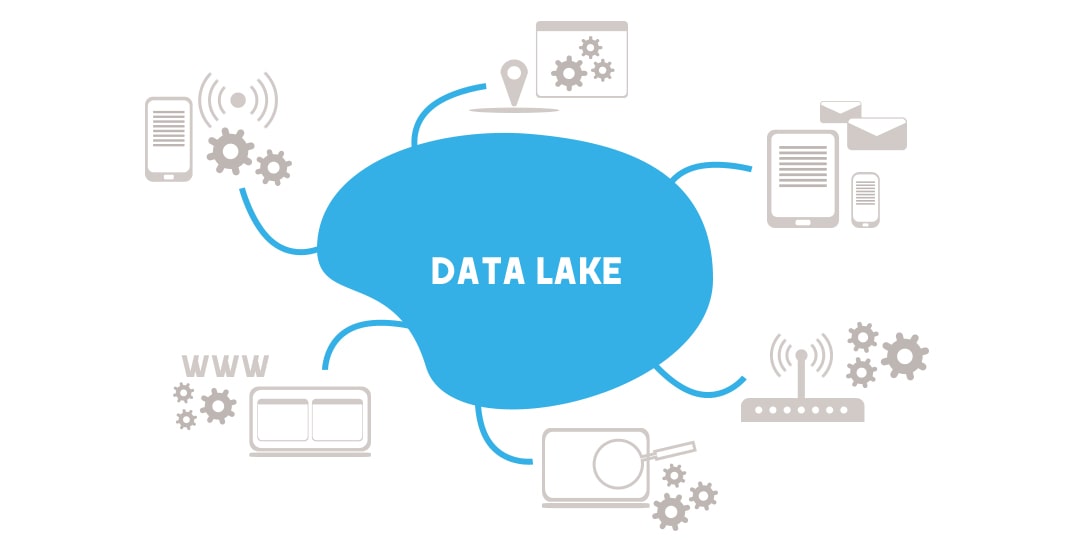 Use schema on write approach. It means that the information is schematized in the moment of loading into the memory.

Use schema on read approach. Thus, the data is schematized during the querying via API or SQL.

So the data lakes requires much less upfront data modeling. Schema on read approach allows storing heterogeneous and numerous data sets. Data lakes are also perfect in cases when you are not sure how to analyse your data sets. Store the information from social media together with sales records and transactional data.

However, they also have their difficulties. The main trouble of data lakes is that they are usually difficult to manage. IT department involvement often required as business analysts may not have additional skills.

To sum it up data lakes are great for businesses that need to deal with big data created using web scraping, social networks, and customer interactions with web applications and mobile applications.

They are deep enough to process terabyte and petabyte data sets generated in industrial or consumer-oriented IoT projects. 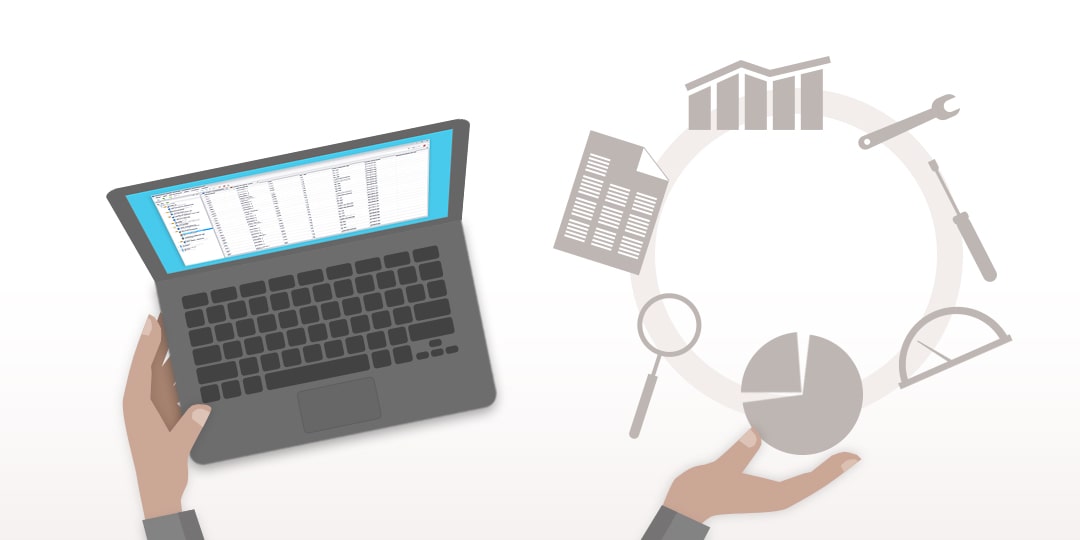 This tools in the contrary to a traditional OLAP cubes use column-store data caches. The data caches do not require writing or reading on the disk. Instead, they are accessed through the memory, thus the querying process becomes much faster.

Data analysis is going via visual interface and does not requires IT help as well as upfront modeling. Working with the cubed, the end-users define their own drill path themselves. You can also use data lakes with different data sources including big data.

Short summary: self-service tools are great to enhance analytics for business users, bypass the stiffness of data cubes and allow business users to explore a wide range of data sets. However, they are not “single source of truth” as a data warehouse.

The past and the present are clear, moreover it seems OLAP technology is still relevant and in demand. However, the world changes quickly, new technologies appear and other left in the past. So, what is the OLAP future in this constantly changing business world?

If making an analysis for OLAP future there are three main development areas:

As you can remember from the previous part, In-memory OLAP is the core OLAP trend nowadays. In the nearest future, this tendency will stay the same. Although this concept is at least a decade, it is gaining increasing recognition due to cheaper RAM and faster processors. Over the next five years, marketing research company LP Information predicts that the popularity of the in-memory OLAP database will only grow.

Another fast-paced solution. COLAP or Cloud OLAP involves hosting an OLAP server on Cloud platform. Thus, it will become more available for users without large investments passing implementation stage. Interactivity and performance of this solution will be also higher.

We all are different as well as our needs and goals. That is why solution we seek will differ in some details too. Appearance of various Hybrid OLAP with particular targets will simplify the life of different users’ categories helping everyone find something their own.

In conclusion: Is OLAP dead?

As you already guessed, OLAP is not dead. Yes there are more new alternatives to it that will develop even more too. However, OLAP still has its place in BI world. The concept of structuring data using dimensions and hierarchies is preserved because it provides security. Business users can request data in familiar terms without knowing the technical details of the implementation.

That is why OLAP will live further but the only question is in which form. Because how's great being a non-technical specialist to have such a solution in use.